Having been in the dark for 7 years over Twister’s mysterious illness, new light has been shed. I feel compelled to share his story to bring awareness to horse owners that “glyphosate” exposure to horses can cause chronic illness. “Glyphosate” is a toxic chemical found in the widely sprayed herbicide/weed killer “Round Up”.

Despite the pain of reliving his suffering, I do at last have closure.

I couldn’t have known back then, but this was the last time I hacked out on my beautiful grey Appaloosa, Twister. We did the full day’s ride with picnic and I hold this memory very dear. He was destined for showing as a stallion, but it became apparent at his first show there were issues with his movement. He was therefore gelded and I was able to ride him for the first time. I fell madly, deeply, passionately in love with this horse. If I tell you that we sold our home and business, to buy land and build, to enable us to have Twister at home…it is no exaggeration! 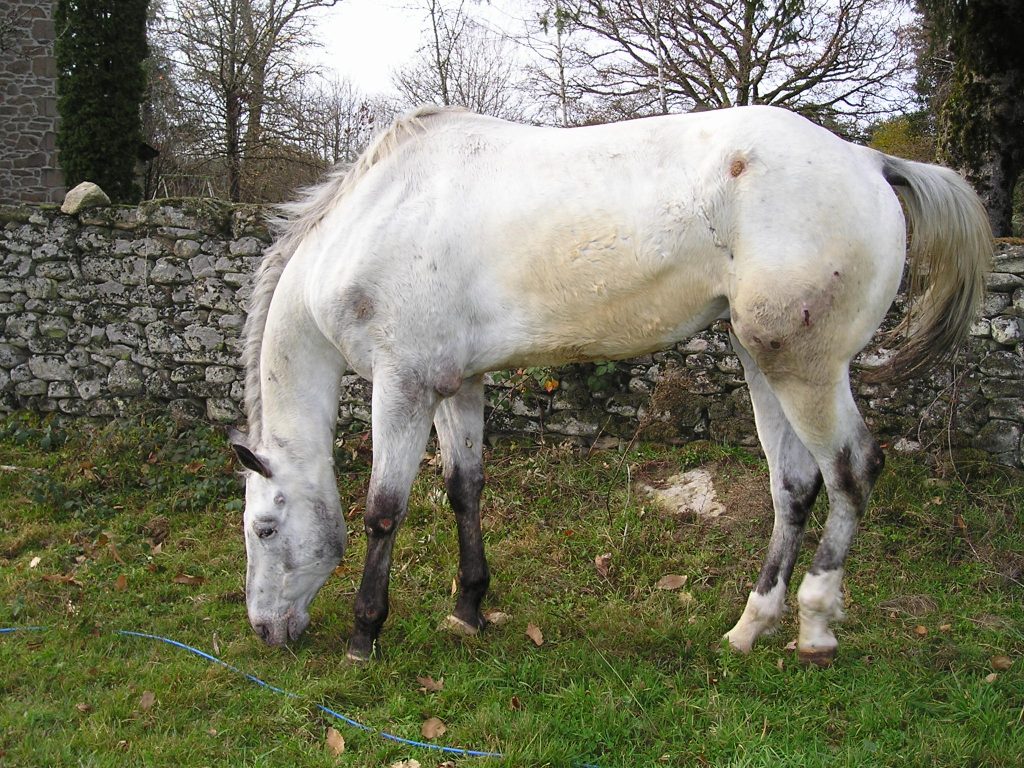 He had good days and bad days. We would set off on a ride and he could be fine. Then suddenly he could barely put one foot in front of the other, he seemed to have stiffened up. I remember sitting on the ground in front of him, crying and pleading with him to move. I don’t remember how we got back that day, but we went on to have more good days. When I think back to it now, I must have been in denial. Deep down I knew that all was not well with him.

Still I wasn’t prepared for that phone call from the livery yard. He was out at grass, down by the stream and hadn’t got up for several hours. When they went to check him, he simply couldn’t get up. When they did eventually get him up, he couldn’t walk. It took some time to get him to the stable, the vet was on his way and we arrived at the same time as he did. Our vet concluded it was poisoning, but he had absolutely no idea from what. Perhaps he had drunk from the stream? He knew Twister’s history and suggested that we put him to sleep to prevent further suffering. With hindsight, I wish we had followed his advice, but we weren’t ready to give up. I still believed in a miracle. 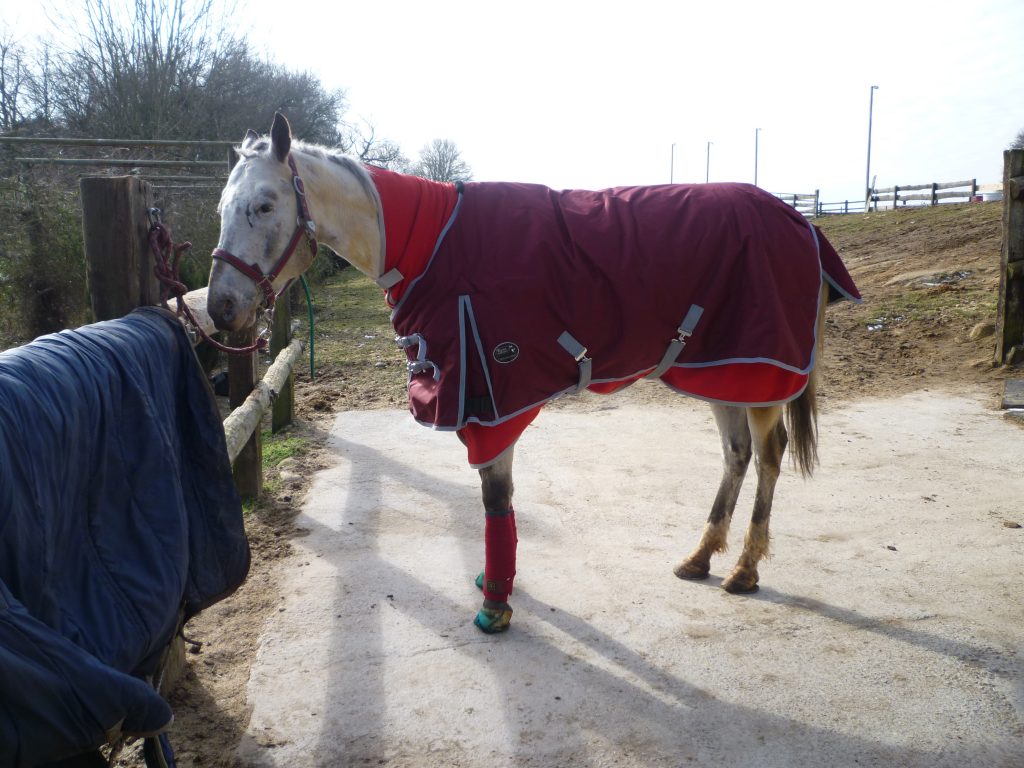 So began his treatment of anti inflammatory’s, antibiotics, pain killers etc. We pumped him with chemicals…and then he foundered!

We now had a specialist vet/physiotherapist working with the farrier and they were definitely concentrating on the laminitis, doing invasive work on Twister’s feet, remedial shoes and so on and so forth. I began to feel very ill at ease with this treatment, but they seemed to take over and I felt out of control. Unable to diagnose the problem, they put Twister’s initial symptoms on the back burner. Now that he had laminitis, they knew what they were dealing with. They were back in their comfort zone.

We bought Twister a solarium and used it daily, hoping to give some relief to the tension in his muscles. We got through the winter, but still he could only hobble, a very large awkward movement of one front leg followed by the other, dragging his hinds. He had developed terrible bed sores and a huge abscess under his forearm. He must have been in terrible pain and we were getting quite desperate. My husband, David did research on the Internet and discovered Jaime Jackson’s book “Paddock Paradise” a whole new concept of keeping horse’s naturally. He ordered it and we both read it. It just made sense. We would build this for Twister, Starlet and Dream Girl on our land, then all would be well, wouldn’t it? 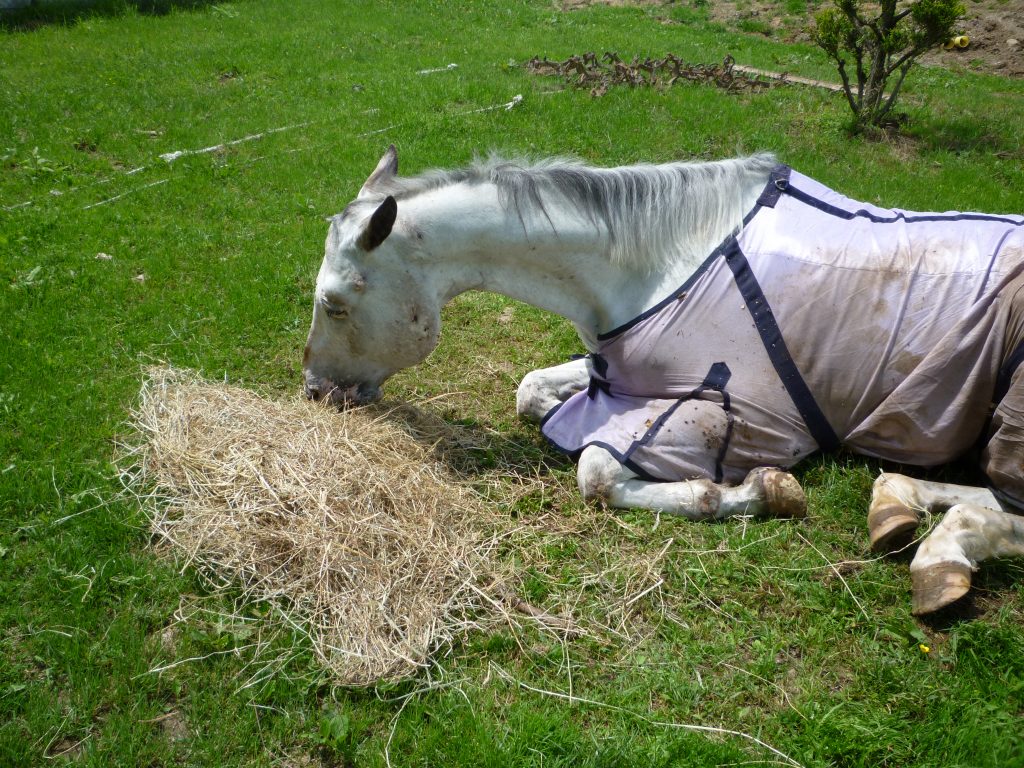 Going into the spring, with no signs of improvement, it was time to take back  responsibility for Twister’s health and say to the vet and farrier, “no more treatment.” We called on an equine homeopath and took a more holistic approach for a while. No more chemicals, no more shoes…but I think we were just too late. Twister never responded to any of the treatment he was given over a period of 8 months. When I saw how the flies attacked his wounds, I knew we wouldn’t make it through the summer. The decision was helped along by a friend passing his stable and seeing me pondering him. “You know Carol, the kindest thing you could do for Twister, would be to let him go.” Once again I had been given permission to do the unthinkable. I am forever grateful to her because, not feeling strong enough myself she stayed with him, when our own vet came to put him out of his suffering. 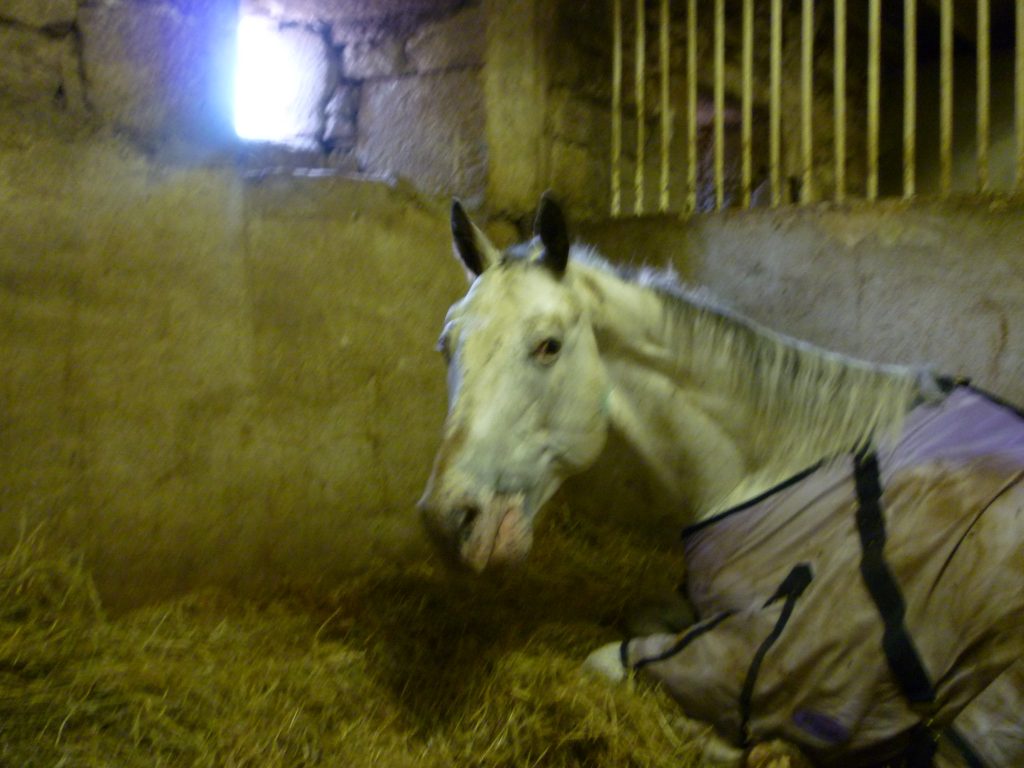 When I said good bye to Twister, although still munching his hay, he looked at me as if to say, it’s ok, I’m ready. He was the bravest of horse’s with the biggest heart.

It has been 7 years now and only very recently on reading Linda Chamberlain’s blog post about “Otto”, did I find the answer to what had ailed Twister back then. I have no scientific evidence, but my instinct tell’s me that, like Otto his suffering was caused by “glyphosate” poisoning.

We were socialising with the owner of the livery yard, a couple of weeks ago and David asked her if she thought this could be a possibility.” Oh yes,” she said, “very definitely it could be. Our neighbouring farmer sprays the surrounding fields regularly with “Round Up” and he is fully aware of the dangers, as they wear full face masks whilst spraying.” She has asked him to stop on several occasions, but he won’t.

Horse’s are often out grazing in close proximity to agricultural activity, as Twister was. This makes them especially vulnerable to “glyphosate” exposure. I guess that some horse’s, like Otto and Twister are just more sensitive to it than other’s. Nevertheless it should be taken seriously as the spraying season is soon to begin. Ask your neighbouring farmers to tell you when they are going to spray, then bring your horse’s inside.

For your information, Holland has already banned “Round Up” and all products containing “glyphosate”. France and Brazil are to follow. Please sign all petitions to ban it in all countries and share, share, share to raise awareness of the damage this chemical can cause to you, your loved ones and your surroundings.